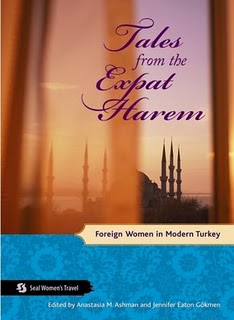 "The sense of achievement and self-empowerment women attained through meeting head-on and overcoming deep-seated insecurites about their body ('Coming Clean in Kayseri,' ...) ... is undoubtedly the most powerful and attractive message of the book. This message is even more intriguing because this self-empowerment is taking place--counter-intuitively--in a conservative society in which women still enjoy fewer rights and opportunities than men and whose domain of influence large remains in the private sphere. Tales also encourages us to correct the image of the passive and downtrodden Muslim woman that many Westerners hold."

--Transcends cultural stereotypes deeply-embedded in the perceptions of the Eastern harem; probes the limitlessness of female venture and portable homelands |  Elif Shafak, professor of Middle Eastern studies, University of Arizona, and award-winning Turkish author of The Bastard of Istanbul

From Chapter Three:
(Read as a Google Book)
Hamam Dynasties of mothers once inspected prospective brides for their sons in the hamam. The Turkish sauna and scrub remains a complex tradition of beauty practice and female retreat. But far from being cloistered, the impact of women’s culture in Turkey is often full and frontal.

When I arrived in central Anatolia to accept a job at Erciyes University, a conservative public school in the town of Kayseri, I was confronted with a paradox. The place was both old and new. I arrived at night and was driven from the little airport to my new apartment, and at first the city seemed modern, with high-rise apartment blocks and illuminated billboards. Then, as we idled with trucks and buses at a traffic light, a tiny Arabian horse and a driver with a whip pulled up alongside in a hand-painted cart. In the light of day most things appeared old, from the nearby archeological site dating to 4000 BC to the Hunat hamam close to my apartment, relatively younger but still built in the 13th century. Yet despite the obvious age of the environment, everything around me was also new—raucous open-air markets with long tables of wrenches and watches and shoes and teacups in various stages of shining and decay; the sound of ezan (the call to prayer) cutting across the open fields; the combined smells of spice and diesel and lemon. I too felt new, as if I were being seen for the first time.

Setting down in Kayseri, my anonymity and the plainness I had cultivated in my life in Spokane, Washington disappeared like food placed on the table at iftar, the evening meal that breaks the holy Ramazan fast. Once, when I bumped into a student at the bus stop, he claimed, “I saw you from a mile away.” And this was correct, rather than colloquial: I was taller, whiter, and just simply different. I was as noticeable as a splash of mud across sheets flapping on a line, discordant as the one loose head in a chorus of tightly strung drums. 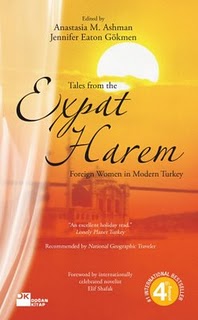 Uncomfortable conspicuousness aside, I discovered how useful foreignness in small Turkish towns can be: When I walked into the otogar, the departure and arrival point for intercity bus companies, and weaved through long counters of ticket sellers and destination billboards, a boisterous bidding war for my business began. In the summer street bustle of shouting and brutal bargain hunting, I could stop to admire the symmetry of a produce seller’s perfect meter-high pyramid of strawberries and receive both patient service and pleasantries. When I attempted, no matter how unsuccessfully, to say something—anything—in Turkish, I would get broad smiles and occasional applause. Going to a bank not yet converted to the take-a-number system, I’d be shuffled to the front of the line. But when I entered a hamam, where the thick air is damp and warm as a lover, it was not my idea to attract attention.

The Hunat hamam, an old, gray Selçuk-style building in the city center, sports the same polished stone and flaky plaster it has probably always had. Inside, the only decoration is a faded plaque describing the proper way to perform aptes, a Muslim’s ritual washing before prayer. Here there is no opulent tiling or colored glass, only water, rock, and women.

The first time I went to Hunat it was winter, and I was escorting my visiting six-foot-tall, red-haired friend Menkin. When we came down the stairs from street level and into the changing room, all conversation stopped. Apprehension growing, I somehow managed to arrange for us to have kese, a traditional session of rough, exfoliating body scrubbing. This first visit to a Turkish hamam represented more than just a new cultural experience. For me, it was something much larger. I would be confronting the shyness and shame I held around my body like a cloak. For most of my life, I was extremely self-conscious, and I worried especially about my weight and my skin. So I hid inside of baggy t-shirts and men’s jeans, wore boxy shoes and shirked the razor. I had been an adolescent who bloomed early, and no matter how my body changed I wanted a different one, and I wanted to conceal the one I had. I wanted to stay a private, unopened package. 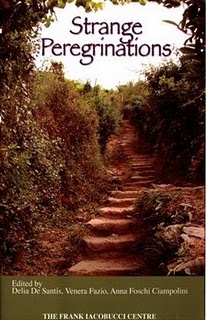 Under the collective eye of a dozen hamam patrons in the changing room, I began to undress. I removed things so slowly that I likely drew even more attention to myself—delicately unlacing my shoes, gently tugging off my socks, unlooping my belt from my jeans, unhooking the earrings I usually showered in. For a moment, I missed the nosy Kayserian women in the grocery store who inspected my cart to see what foreigners ate; their scrutiny seemed innocuous in comparison. Though half the women were completely naked, I worried that we might be thought immodest when I realized that Menkin was wearing a G-string.

Though it is not customary to bring a towel to the bathing rooms, once I finally had the courage to slip off my bra, Menkin and I wrapped ourselves up. Inside the main chamber, there were females of all ages, ranging from chubby toddlers, with perfect skin, slippery as melting chocolate, to the very elderly, with bony backs bent into a comma, hair rusty with henna.

Two young adolescents approached, shocked but drawn by Menkin’s pierced nipple. Encouraged by Menkin, one reached out and pinched it, which sent them both off into a fit of giggles. Soon they drifted back and introduced us to all the women who were now crowding the small room to investigate us. We were doused with water, given soap and shampoo and dippers, and were generally inspected.

After the kese woman—a stout woman with well-defined shoulders—arrived, she lay first Menkin and then me out on a raised marble platform and scrubbed us with a rough woven glove. Softened by the steam and the sweat, layers of dead skin came peeling off; as she washed me, she pushed hard, and I was surprised how much it hurt. When I doused myself, the water stung newly exposed flesh, but I felt a kind of clean I have never been able to duplicate on my own. Fellow bathers loaned Menkin and me colorful hand-knitted washcloths and fed us the spicy, homemade pickle turşu. If we had expressed any interest to bathers with unmarried sons, we could have been set up on a date for that night, I am sure.

In the changing room, I squeezed globs of my American acne cream into the outstretched hands of curious Kayserians—it was all we had to offer—and Menkin and I said our goodbyes. When we finally left, I was dizzy. I had gone in burning with shame and I came out just as pink-faced, but from the warmth of acceptance.

I visited Hunat frequently with my fellow teachers, an Australian and a Japanese, and we were always given space, snacks, and once, herbs to put in the wash water, by the same women who would, in town, knock us down for a seat on the bus. Though it no longer has a central role in bride selection, the tradition of frank personal scrutiny endures. In the hamam, women commented candidly on the size or quality of my breasts, asked extremely personal questions, disapproved of my pubic hair, and razzed me for having such white skin. But I have found that I can take it. In this setting, there is no locker-room crassness. It is hard, for example, to take anyone or anything seriously while squatting in dripping underwear and eating stuffed peppers and soggy bread as if a massive shower were the obvious place for a picnic.

After my first hamam and bolstered by successive visits, I started to have more courage. I had my hair streaked blond, bought new clothes, and shaved my underarms. I felt less like I was conforming to the beauty standards I had rejected and more like I was finally unafraid if people looked at me. As I learned to love my body, my weight dropped. As a gift to myself, duringKurban Bayramı, a religious holiday when a sheep or goat or other ruminant is sacrificed to Allah, I quietly bled into a tissue after having my nose pierced for no better reason than to be different and bring on the stares. In this adamantly male-dominated society, women’s spaces are like secrets best kept—shocking and intimate, and profound in the creation of instant camaraderie.

My old skin was ready to be sloughed off by a large woman with incredibly strong arms; I had grown out of it. And I was happy to leave that perpetually embarrassed girl there, swirling down the drain of an ancient hamam.