In The Northern Hemisphere 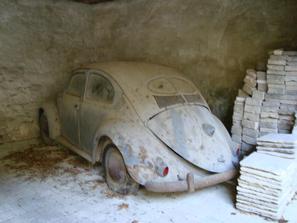 Reprinted from The Tusculum Review's 10th Anniversary Print Edition (2014) where this story appeared in slightly different form as "Click."

There is a man at the bar who has gotten excited, some, from talking to the woman next to him. They are two among many out-of-towners drinking in a suburb of Chicago—Rosemont, near O’Hare—and they have finished discussing the weather, the rocky approach by air, the way the wind is fierce and urgent. They have discovered they have both lived in Denver. The woman is trying to describe to the man how Chicago looked as her plane descended, the buildings rugged up in fog, and the low afternoon light dappling only the very tops of the high-rises, but the man is not really listening. Then, the conversation about arriving is a transition to a conversation about the man’s wallet full of foreign money, which he starts to display. The woman’s mother worked for years as a teller in a bank, so she is aware that when it comes down to physical tender, there are essentially two types: currency and coin. He has both; some average euros, which he is inflating the value of as he talks about the food in Bratislava, then some Indian rupees that he spins across the bar, and a few paper pounds from Britain—these, these, he says, are really worth something.

But they’re not, she knows, worth anything, because money is just like love: it’s regional. Your lover leaves your geography and forgets you; your wad of lira depart their country and are nothing but confetti. She doesn’t say this. She says that she has been to Athens, for example, and he tells her about a tiny café he found while trying to exchange some drachmas—before the European Union, he says. Of course, she says—and she can picture perfectly the waiter and the rickety tables, the sheen of olive oil across the silver, the lamb, his lips, because she knows there are a thousand spots like this across the Mediterranean, tucked under crumbling tile work and bougainvillea.

The man is wearing glasses that are on the verge of being extremely stylish. The woman thinks the glasses must be an accident, probably picked for him by a clerk at an eye clinic who he thought was pretty. Maybe she was close to him for just a second, and he could smell her hair and a hint of perfume, his cheeks flush. Perhaps it was bright in the shop and, without his corrective lenses, like being underwater while the sun blazed at an angle in the distance. He would have no choice but to trust her, her kaleidoscope features in front of him and the clerk’s fingers gently guiding the new frames on and then her hands at his shoulder, pointing him towards the mirror where he couldn’t see anything. If he tried to remember the frames from the rack, there would be nothing, except the scent of the clerk and the heat still at his face.

She wonders if the man likes wearing glasses, if in the mornings when he opens his eyes, he is in a total blur. If without the bend of optics, if he would know his own face. She notices he frequently makes minor adjustments to the way the frames sit, even though they seem to fit nicely and not slip.

He continues to excavate his wallet, and there are travel cards and receipts with the heat ink fading from cheap thermal paper and bits of lint fanned around them like a reef. The woman notes that the wallet must usually be very, very fat, and she thinks that he must mostly keep it in his laptop bag, rather than his pocket, and if he were a woman, he’d be a woman with one of those huge, endless hand satchels that her mother used to call these Oscar bags, not from the Dominican de la Renta, but from the Sesame Street  Grouch, because of the way these ladies would dive into a bottomless stream of dirty tissues and compacts and gum wrappers in an attempt to produce a bandage, or the tissue packet, or a sample size of eye cream to put down puffiness after a spate of tears.

When the man produces a one thousand yen note, there is the way the bar lamps glint off the mustache of Hideyo Noguchi that the woman finds strange—the crumpled face of a bacterial researcher and Mt. Fuji on the flipside. He is talking about vending machine sake, and she notices that he wears a wedding ring. She wonders what kind of person keeps money as a souvenir and carries it everywhere. She can do math in her head, and she watches the markets, so she is not impressed by the zeros on the yen, even if she acts otherwise, leaning into the man anyway because she is bored and Chicago is cold and what she was trying to say about the fog was about the soft shimmer of it and the condensation on her skin and how she has always loved this, how it makes her feel light.

The woman had a decade where she bet on never going home alone. That’s a lot, she tries to tell herself. That’s more than I deserve. She was never stunning—thick around the thighs, hair always a little too stringy or short, and she was about an inch taller than most men liked, but they liked her. She knew more beautiful women and women who worked harder at being beautiful, who had been less able to simply make the choice of: you, you, or you. She had known it wasn’t always about her looks, but now that the reliability of her allure is starting to go it is harder. She puts on heels and chooses her jeans carefully. She watches her alcohol. She isn’t sure how this happened. She’d had charm once, she thought, but her jokes sagged with each breast, her lines as flat as a pancake ass.

Now it was only moments. A dress that fell just right in a low-lit room. The smell of gardenia at a summer party that reminded everyone of a prettier place. The attraction that comes from perseverance, when she is one of two standing, after a long night.
The man has indicated he is on his last stop before going home for a week, and she thinks she must be a little hurrah for him. He has noticed how much of his wallet is spread around them, and he starts to reassemble it. There are a few slips of paper that he crumples up and brushes to the side. He is talking about his children, but she does not find this attractive. She knows it is an attempt to seem sensitive, to seem nurturing. She thinks if he gave two shits about his kids, he wouldn’t be out collecting currencies without them. He would have them in tow—he could do it, in summers at least, and his wife doesn’t work, probably, so he’d have some room to manuever—a snapshot of the daughter, front teeth missing at the Taj Mahal; a snapshot of the boy, cowlicked, posing as if he’s holding up the tower at Pisa. He pays for their private school and is unhappy with their grades.

So stop, she says, if you’re unhappy.

Excuse me? he says.

Nothing, she says. She knows better than to be contrary. It cleaves off her little bit of shine left, like a mallet on glass.
He doesn’t show her any photos. She keeps her eyes down and her tongue tight. If he were interested, she would tell him his children probably do not care about schools that have uniforms and college-bound standards—they care about him. They care about slow nights of homework and eating dinner on a blanket on the lawn. They care about the things that a parent can do, like drawing a firm line against an F to make it an A, and they care about how hilarious he might look going after the escaped science-project mice with a broom and a newspaper. They will not have heard of a safety school yet.

Do you want another? he asks and traces the rim of her mug. The top is charred with lipstick, the bottom with foam.

She’s not sure she does, but she nods at him, and the bartender brings her another beer. The bubbles sting her tongue.
After a few minutes, the bartender is wiping down the counter and loading the dishwasher. The glasses make a pinging sound against the rack, like a music box playing a tune she knows. It’s getting late. She has a seminar tomorrow and the man has—something—he has something that she cannot remember, and suddenly her beer is already half gone. She sees that he’s wobbly in his chair, and now that his wallet is all packed up, his hands are idle. He has a tumbler of whiskey, and the ice is pretty in the liquid.

She finishes her drink and the folio arrives. The man flicks down enough twenties to cover it and asks if he may walk her to the elevator. Sure, she says, because how else can she answer? They are the only ones besides the barkeep, and there is no other way to go anyhow. The man pushes the button for the car, and the polished doors slide open with a thunk. When they step inside, the elevator jerks, and the car lurches the rest of the way to his floor. She has not even bothered to pretend that she is not going with him.

They grope some in the elevator, but nothing much. The man gets off at his floor, and she follows. An ordinary path. When she is underneath him, she thinks of what it must be like to be his wife, of caring for the children. She thinks of the passion they might have had, distilled to a quarterly fuck and a conversation about the cost of tuition.
For what.

She is clear with herself when she wakes up next to him in the morning that she is not angry. The shades are drawn so the room is dark, and her clothes are folded on the chair. That’s how hot it was, she thinks—there was time to fold. She is grateful for this now, that her clothes look presentable. She has nothing to be angry about. She wasn’t really drunk, and that’s not her husband there under over-bleached sheets; she doesn’t have one. He wasn’t savvy enough to be coercive, just a middle-aged man in a middling hotel bar, impressed with himself by how much he’s traveled. She thought of his member cards and the way he probably believed he was doing his wife a favor, working so hard, logging so many miles.

Congratulations, she wants to say to him. You’re another person who doesn’t want to go home.

She dresses and smoothes her hair. She writes Call me! on the hotel stationery and stuffs it into his trouser pocket to be found by his wife, his dry cleaner, or him. She uses the number of her most recent ex; she thinks this is hilarious. So, maybe she is a little angry.

As she walks to the elevator, she wants him to call.

Melanie doesn’t live here anymore. And then silence—not wrong number, not a simple click, but an indication she had been there and now wasn’t. She hopes she feels it, when they both think of her simultaneously; she hopes she feels it when one disconnects the line and severs the only connection either of them have to her, a stranger trying to think of what to say next.